After nearly six years of back-and-forth between U.S. Soccer and the U.S. Women’s National Team, the two sides agreed to settle a class-action equal pay lawsuit on Tuesday, Feb. 22.

Under the agreement, which could represent a watershed moment in pay equity disputes across sports, current and former players involved in the case will receive a total $22 million in back pay. U.S. Soccer will also pay an additional $2 million into an account designed to benefit USWNT players in their post-career goals and other charitable efforts related to women’s soccer. Each player can apply for up to $50,000 from this fund.

“We are pleased to announce, that contingent on the negotiation of a new collective bargaining agreement, we will have resolved our longstanding dispute over equal pay and proudly stand together in a shared commitment to advancing equality in soccer,” U.S. Soccer and USWNT players said in a joint statement Tuesday. “Getting to this day has not been easy. The U.S. Women’s National Team players have achieved unprecedented success while working to achieve equal pay for themselves and future athletes.”

Also, and perhaps the most significant portion of the settlement, U.S. Soccer has agreed to pay men and women “at an equal rate in the future in all friendlies and tournaments, including the World Cup.”

“I’m just so proud, to be honest. I’m so proud of all of the hard work that all of us did to get us here,” USWNT forward Megan Rapinoe said on "Good Morning America" on Feb. 22. “It’s a really amazing day. I think we’re going to look back on this day and say this is the moment that, you know, U.S. Soccer changed for the better.

“If you’re not paying attention to this right now and what’s happening in women’s sports, you’re sleeping on the whole thing.”

The 28 national team players first filed the lawsuit in March 2019, accusing the U.S. Soccer Federation of “institutionalized gender discrimination” toward the team. The lawsuit was filed under the Equal Pay Act and Title VII of the Civil Rights Act focused on two areas: equal pay and working conditions.

While the context of the USWNT’s pay equity settlement is hyper-focused to the sports world and U.S. soccer in particular, the nature of the case does put the spotlight on the issue of pay equity, said Janilyn Daub, partner at employment law firm Barnes and Thornburg.

“In the era of ‘The Great Resignation’ and fierce competition for talent, employees have a great deal of leverage,” Daub said. “The publicity surrounding this case will likely put additional pressure on organizations to make sure their compensation practices are fair. This is especially true as women have left the workforce in greater numbers over the past couple of years and employers have incentive to lure them back into the workforce.”

A Bureau of Labor Statistics (BLS) study conducted in September 2020 found that working women, particularly women of color, were disproportionately impacted. As a result, WorldatWork “2021 Pay Equity Survey” found that 66% of organizations took action on pay equity in 2021, which was up 6 percentage points from 2020. Additionally, 31% of organizations indicated they have pay equity on their radar but haven’t taken any action yet.  Additionally, a recent WorldatWork "Pulse Poll" on DEI priorities found that 72% of organizations are taking action on transparency around DEI and 69% are taking action around equity and access.

The tight labor market presents an interesting conundrum for employers, however, as they might be influenced to hike pay in the name of attraction and retention, with pay equity considerations falling by the wayside.

"In a competitive hiring environment, employers should avoid falling into the trap of creating or exacerbating pay equity issues as top talent may demand salaries that may be out of line with the compensation of current employees who have similar experience and skills,” Daub said.

WorldatWork’s survey also found that 87% of organizations considering pay equity actions in 2022 planned to conduct a pay equity analysis, which Daub noted should be done under attorney-client privilege.

“If there are differences in employee compensation that cannot be explained by legitimate non-discriminatory factors, employers should consider pay adjustments,” she said. “Making such adjustments in concert with annual performance reviews and pay increases is the ideal time to address these issues.” 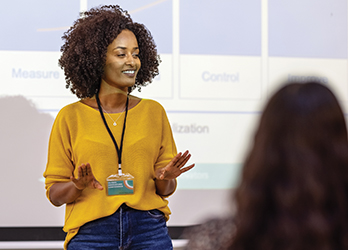