What if you could take six weeks off work, and it was paid? Would you do it?

The Salesloft account executive recently shared on the Salesloft website that he and his wife took six weeks to travel, trekking first to Chicago, then to Mexico, before visiting the California coastline.

Although Warden didn’t feel burnt out from his job, he felt, “it was a good time to reflect on how I can make the most of each day and not take this time for granted.” In the end, getting away was worth it.

“It really sparked a lot of passions and hobbies that I had put on ice for a long time, and also helped me find some clarity and create goals for myself once I returned to my new role back at work,” he said.

Warden was able to step away thanks to Salesloft’s 6 @ 6 sabbatical program. Employees with six or more years of employment with Salesloft are entitled to a paid, six-week sabbatical with a $10,000 stipend.

According to Salesloft, employees can “design their sabbaticals to build new skills, break out of the 9-5 routine, and, most importantly, have fun.” The purpose is not only to reward employees but to help them recharge, renew and pursue personal interests

Katie Cox, Salesloft’s vice president of people, said on the website, “We wanted to include a stipend to ensure that everyone has an opportunity to get the most out of their sabbatical. We want to enable [employees] to go do something incredible, something they would not normally do.”

From Adobe to McDonald’s, sabbaticals are becoming more common in workplaces around the world.

At Intel, employees can take a two-month, fully paid sabbatical every seven years, or if they want one sooner, they can opt to take a four-week paid sabbatical after four years.

Raj Suri, an employer brand strategist for Intel, took his third sabbatical after 21 years with the company. Writing for Stories Inc., Suri’s agenda included a road trip to Sedona, Arizona and the Grand Canyon with his son, beach time in Mexico and Delaware, a trip to Croatia, visiting national parks, and hanging out with his dad.

“A long weekend, a few vacation days a year, or family occasions don’t give you this type of quality time. Not only is time limited, but your hectic life is always lingering in the back of your mind. You don’t get the time and space to settle into normal life together, to do nothing together,” Suri wrote.

Reflecting on his sabbatical, Suri continued, “I was ready to return after eight weeks away. I was able to have productive conversations with my leadership about how I could focus on the activities that were most impactful and fulfilling to me personally and professionally, and I had a renewed creative edge to my work.”

Suri likely isn’t the only employee who has returned to work after an extended time away feeling recharged and refreshed, which is why so many companies are now inviting their employees to take a break from their jobs.

Conversations about work sabbaticals have even reached mainstream media. In January 2022, the Wall Street Journal published an article titled “The Sabbatical, a Power Move for the Burnout Era,” documenting exhausted employees who, instead of joining The Great Resignation, decided to go on a sabbatical.

A Sabbatical Project study of 50 people who took extended time off from work found that most of the interview subjects suffered from, “functional workaholism.”

“Many reported that a negative event, such as the end of a long relationship or death of a family member, prompted them to take a break. Of the 50 interviewed, 20 took company-sponsored sabbaticals, and 16 of those employees returned to work and stayed at their jobs for at least a year,” said the publication.

Rich Fuerstenberg, a senior partner at Mercer, said after the Journal’s article came out, he received an influx of inquiries from clients wanting to learn more about sabbaticals.

“It leads back to broader issues,” he said, which include the war for talent, a tight workforce, burnout, and other post-pandemic challenges employers are experiencing right now.

WorldatWork’s own research found that interest in sabbaticals is growing among employers. The  “2021 Total Rewards Inventory Programs and Practices” report found that out of a total of 886 responses, representing U.S. organizations sizes and across multiple industries, 10% said they offered paid sabbaticals to their employees (in 2016, it was 8%). Out of 580 responses, 29% of organizations offered unpaid sabbaticals (in 2016, it was 18%).

Fuerstenberg calls this period “uncharted territory,” as the workforce returns to a sense of normalcy. He described seeing various surges of time off requests that weren’t seen in a pre-pandemic world and companies adjusting their paid time off (PTO) strategies as a result.

“There hasn’t been a change with how many employees are taking time off,” he said. “But there have been other changes, such as rollover rules and the types of PTO programs being offered.” 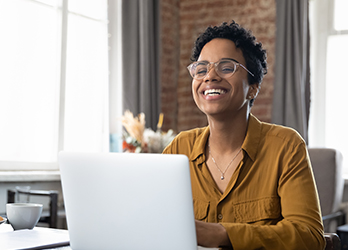 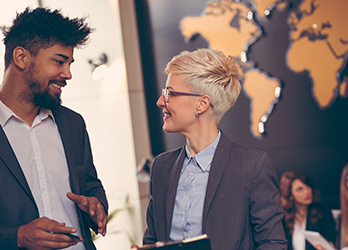