Yelp Will Pay for Employees to Travel for Abortion Access

As reported by the New York Times, Yelp announced this week it will cover expenses for its employees and their spouses who must travel out of state for abortion care, becoming the latest company to respond to a Texas law that bans the procedure after about six weeks of pregnancy.

The online search and review platform, which is based in San Francisco and has more than 4,000 workers, employs just over 200 in Texas, but the benefit extends to employees in other states who might be affected by “current or future action that restricts access to covered reproductive health care,” a company representative said.

Last month, Citigroup became the first major bank to disclose that it will pay travel costs for employees affected by the law in Texas, where it has over 8,000 workers. Other companies that have announced policies aimed at mitigating the impact of the law include Uber and Lyft, which offered to pay legal fees for Texas drivers who could be sued for taking someone to an abortion clinic. 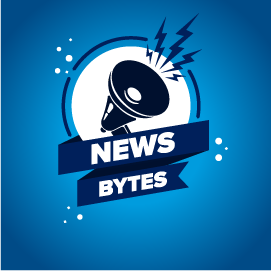 A Texas legislator warned Citigroup that he would introduce a bill to prevent the bank from underwriting municipal bonds in the state unless it rescinded its expense policy. While “backlash gets a lot more attention,” Yelp is not concerned about how its program, which starts next month, will be received, said Miriam Warren, the company’s chief diversity officer. She and other executives have received many personal notes thanking Yelp for taking a stand on abortion, she said.

The move, which comes as companies vie for talent in a tight labor pool, will help Yelp maintain a more diverse and inclusive workforce, Warren said. “We want to be able to recruit and retain employees wherever they might be living,” she said.

“The ability to control your reproductive health, and whether or when you want to extend your family, is absolutely fundamental to being able to be successful in the workplace,” she added.

Under the new policy, Yelp employees will be able to submit receipts for travel expenses directly to their health insurance company, Warren said. “So no one else at Yelp is ever going to know who is accessing this, or how or when, and it will be a reimbursement that comes through the insurance provider directly,” she said.

Ericsson is suspending its business in Russia indefinitely and has put employees on paid leave, according to Reuters. The decision comes six weeks after the Swedish telecom equipment maker started a review of the impact of Western sanctions on its operations.

The company said on Monday it would record a 900 million crown ($95 million) provision in the first quarter for impairment of assets and other exceptional costs related to the move.

Ericsson has about 600 employees in Russia, a spokesperson said.

Hundreds of Western companies have either withdrawn here or suspended operations in Russia since the country invaded Ukraine in February while Western governments have imposed sanctions.

Ericsson had paused deliveries to customers in Russia in February, and rival Nokia did so in early March.

“Move was inevitable following a swathe of sanctions,” said Paolo Pescatore, an analyst at PP Foresight. “It will be a huge blow to both Ericsson and Nokia as they will not be paid for their networks.”

The suspension will also hurt Ericsson’s future plans in the country, as Russia said last year it would extend telecoms operators’ licenses beyond 2023 for networks on the condition that they started building networks using only Russian equipment.

A federal appeals court has reversed a decision that had blocked the White House from requiring federal workers to be vaccinated against COVID-19, according to the New York Times.

In September, President Biden said that the vast majority of federal workers had to be vaccinated or they would face disciplinary measures. But a preliminary injunction, instated in January by a federal judge in Texas, stopped the Biden administration from enforcing that mandate.

About 95% of federal workers were already in compliance with the mandate by the time the injunction was issued, the White House said.

He had said that less invasive measures could protect public health, like masking, social distancing and remote work.

In its ruling last Thursday, the appeals court said that the lawsuit challenging the mandate, which was filed by the group Feds for Medical Freedom, should be dismissed.

In January, the Supreme Court blocked the Biden administration from enforcing a vaccine-or-test mandate for large employers. But the court allowed a more modest mandate requiring healthcare workers at facilities receiving federal money to be vaccinated.

The administration’s third major vaccine requirement, which was aimed at employees of federal contractors, was blocked by a federal judge in December.

A recent Glassdoor study found that 70% of interns view remote work negatively compared to 40% of part-time and full-time employees.

CNBC reported that Glassdoor analyzed online job reviews from June to September 2021. (Many college internships occur in the summer.) An intern who viewed remote work in a negative context listed it as a “con” instead of a “pro.”

The negative perception of remote work among interns is up from about 50% and 58% in summer 2019 and 2020, respectively.

Much of the value of internships for interns comes from interactions with senior members of an organization, like managers and executives, who often play a mentor role for college-age workers, according to the news site.

“It’s just harder to do in a remote context,” said Daniel Zhao, a senior economist at Glassdoor, told CNBC. “There’s not as much opportunity to build that relationship.”

Conversely, other employees have largely already developed those work networks and connections, Zhao said. Many are also in different phases of life relative to college students — parents, for example, appreciate the flexibility of being able to work from home.

“Certainly, the majority of employees seem to appreciate the flexibility remote work offers, but it’s not a universally held sentiment,” Zhao said.